In the 2017-2018 season, Opera Idaho established its Young Artists program, renamed to Emerging Artists in 2020. The Emerging Artists program is designed to provide training and performance experience for talented singers at the beginning of their professional careers. From September 2022 through April 2023, these artists are placed in a nurturing environment, treated as professionals, and provided with compensation and a comfortable place to live.

During the 2022-2023 season the new class of Emerging Artists will tour the Treasure Valley and surrounding areas with our school outreach program, introducing students in grades K through 12 to opera. They will also be filling smaller roles in our mainstage operas as well as serving as understudies for the lead roles and participating in smaller performances throughout the season. 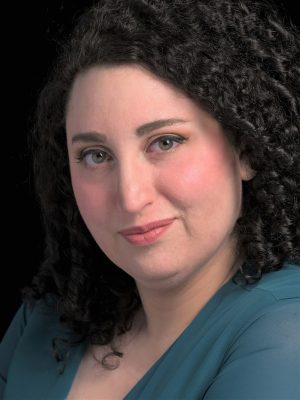 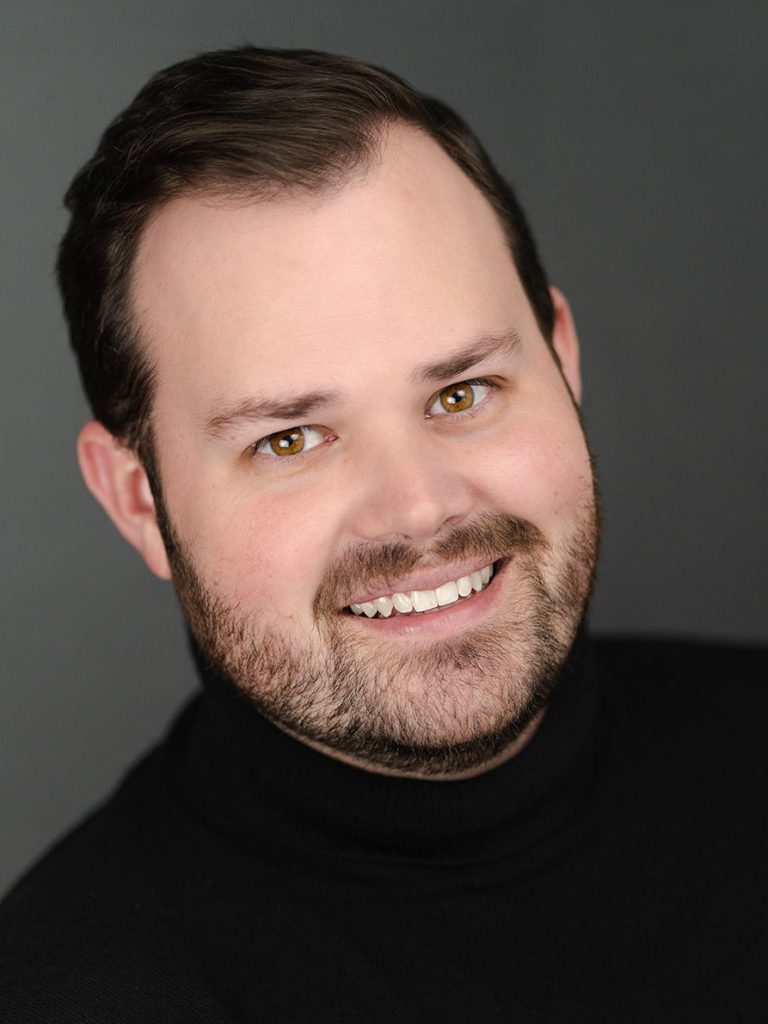 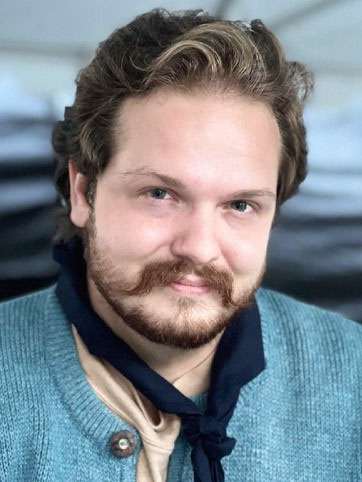 Originally from Kansas City, Missouri, soprano Rebecca Achtenberg is thrilled to join Opera Idaho as an emerging artist for the 2022-23 season, where she will be covering Lady Macbeth in Macbeth and singing the Foreign Princess and covering Rusalka in Rusalka. Currently completing her Performer Diploma at Indiana University, during the 2021-22 season, she sang Alice in Verdi’s Falstaff and Magda in Puccini’s La rondine with Indiana University Opera Theater and performed excerpts from Anna Bolena with the IU Conductors’ Orchestra. Last spring, she was seen as Mimì in La bohème with IU Opera and appeared with Bloomington Chamber Opera as Elle in La voix humaine.

Rebecca is a graduate of Oberlin College and Conservatory of Music, with a double degree in voice and comparative literature, and earned a master’s degree in voice from Westminster Choir College. She was recently named the first prize winner of the National Society of Arts and Letters Voice Competition, Bloomington Chapter and is a recipient of second prize in the Annapolis Opera Vocal Competition and the Five Towns Music and Arts Foundation Competition. Achtenberg currently serves as an associate instructor in voice for the Jacobs School.

Mezzo-soprano Cornelia Lotito recently completed her 2021-2022 season as a young artist with Pittsburgh Festival Opera, performing in scenes as Carmen (Carmen), Giovanna Seymour (Anna Bolena), and others. Previously, she was a resident artist at Indianapolis Opera, where she starred in the company’s double-bill of Hans Krasa’s Brundibar & Lori Laitman’s Holocaust oratorio Vedem. While at Indianapolis Opera, she covered the role of Donna Elvira in Don Giovanni and Nettie in Carousel. She also premiered the role of Janis in Marc Hoffeditz’s virtual micro opera U-Hauling with Black Sheep Contemporary Ensemble.

In 2021, she completed her Master of Music degree at the University of Tennessee in Knoxville, TN. During her time in Knoxville, she was a part of Knoxville Opera’s Studio program and performed the role of Stephano in the company’s 2020 production of Romeo et Juliette. She also performed with both the company in several outreach shows across the city and worked with other companies around the city, covering the role of Delores in Frank Pesci’s Royal Flush with Marble City Opera.

Currently based in New Jersey, Cornelia has performed with several NJ companies. In 2019, she performed the role of Dorabella in a concert production of Così fan tutte with Light Opera New Jersey. She also performed the title role in La Cenerentola and Dritte Dame in Die Zauberﬂöte with Opera Theatre of Montclair and Berta in The Barber of Seville with Light Opera New Jersey. In 2018, she graduated from Montclair State University with a Bachelor of Music Degree, where she performed roles in Rape of Lucretia, Il giovedi grasso, Gianni Schicchi, Dialogues of the Carmelites, and several others. In 2016, she debuted with the New Jersey Symphony Orchestra, performing the mezzo-soprano solo in Mendelssohn’s A Midsummer Night’s Dream.

An active performer, Justin was recently heard as Beadle Bamford in the University Opera production of Sondheim’s Sweeney Todd at UW-Madison, as well as Arturo in Donizetti’s Lucia di Lammermoor with Madison Opera. Other recent operatic performances include: Marc Blitzstein in I Wish It So: A Marc Blitzstein Pastiche Opera with UW-Madison’s University Opera, as well as in University Opera’s Spring 2021 production entitled What’s Past is Prologue: The Unfinished American; Narcissus in a premiere performance of Christopher Cerrone’s All Wounds Bleed with Latitude 49, Lensky in Tchaikovsky’s Eugene Onegin with the Russian Opera Workshop, and Spoletta in Puccini’s Tosca with Painted Sky Opera of Oklahoma City.

This summer Justin will make his debut at Central City Opera as a Bonfils-Stanton Apprentice Artist as the Priest in The Light in the Piazza before joining Opera Idaho for the 2022/23 season as an Emerging Artist.

In competition, Justin represented the USA at the 6th UNISA (University of South Africa) International Voice Competition in Pretoria, South Africa in 2018, and was a finalist in the Texoma Region of the 2020 NATS Artist Awards competition. Most recently, Justin was a finalist in the 2021 University of Wisconsin-Madison Mead Witter School of Music Concerto Competition, Semi-Finalist for the 2022 Annapolis Opera Competition, and Semi-Finalist for the Houston Saengerbund Awards.

Born and raised near Detroit, baritone Jake Surzyn has performed with many of Michigan’s opera companies including Detroit Opera and Opera MODO. With Detroit Opera he performed in Yuval Sharon’s production of Kjartansson’s Bliss as Antonio and Rodríguez’s Frida as Mr. Rockefeller, and throughout Michigan he has sung the roles of Marquis de la Force in Dialogues des Carmélites, Doctor Gregg in Gallantry, Dandini in La Cenerentola, Crespel in Les contes d’Hoffmann, King Melchior in Amahl and the Night Visitors, Papageno in Die Zauberflöte, Pirate King in Pirates of Penzance, and covered Guglielmo in a virtual Così fan tutte.

In the ‘21-’22 season Jake was a studio artist with Madison Opera where he covered Jupiter in Orpheus in the Underworld and Enrico in Lucia di Lammermoor. While in Wisconsin Jake also performed with the touring company Opera for the Young singing as Pandolfe in their production of Cendrillon.

While obtaining his master’s degree at the University of Michigan Jake sang the roles of Schaunard (La bohème), Melisso (Alcina), and Cacambo (Candide).  He returned as a guest artist in 2020 to sing the role of Mr. Johannes ‘Pa’ Zegner in Mazzoli’s Proving Up.

An avid performer of oratorio, Jake has been a soloist in works ranging from the Baroque to the Contemporary. These engagements include J.S. Bach’s St. John Passion, Haydn’s The Creation, Vaughan Williams’ Dona nobis pacem, and Lang’s the little match girl passion. 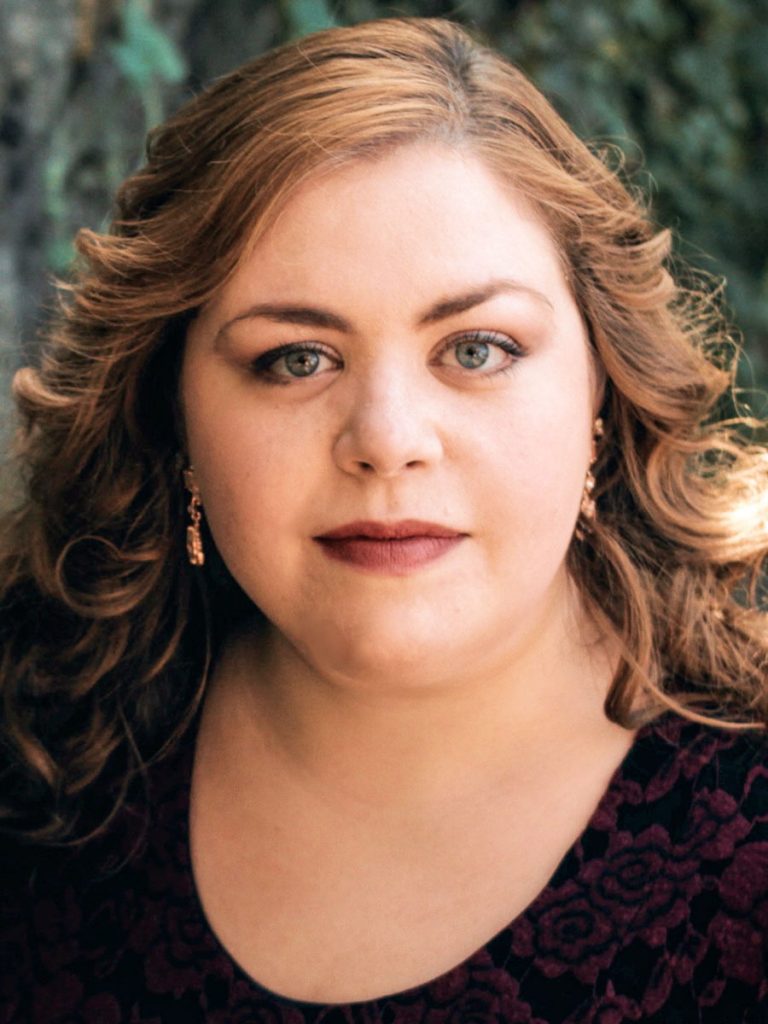 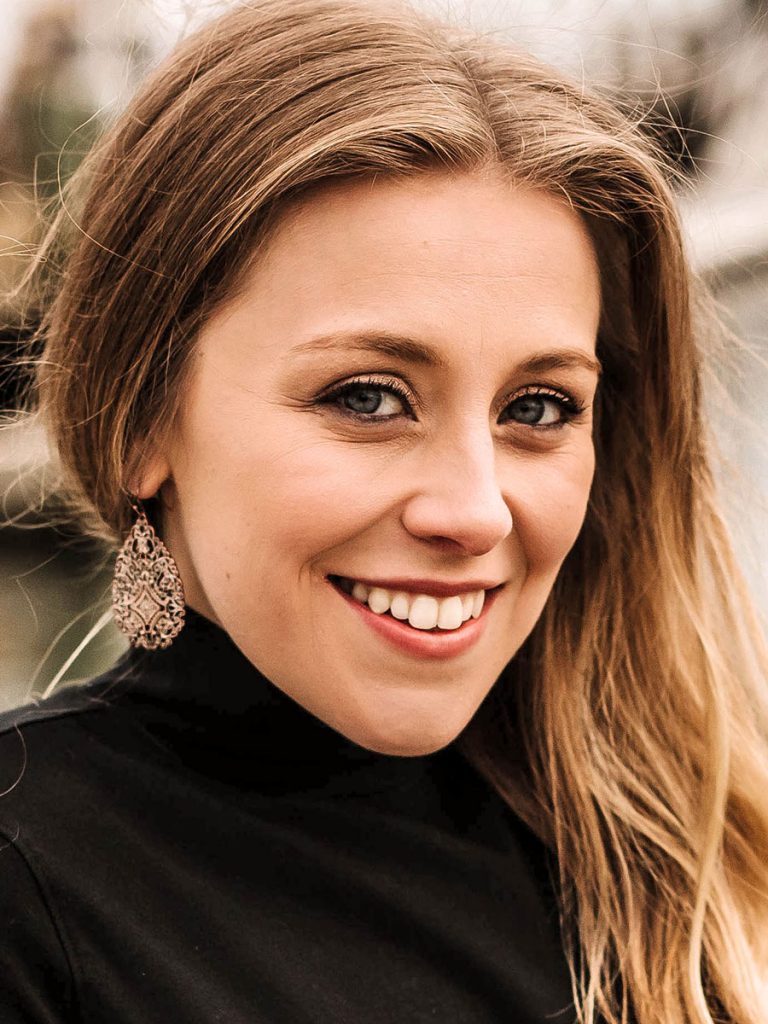 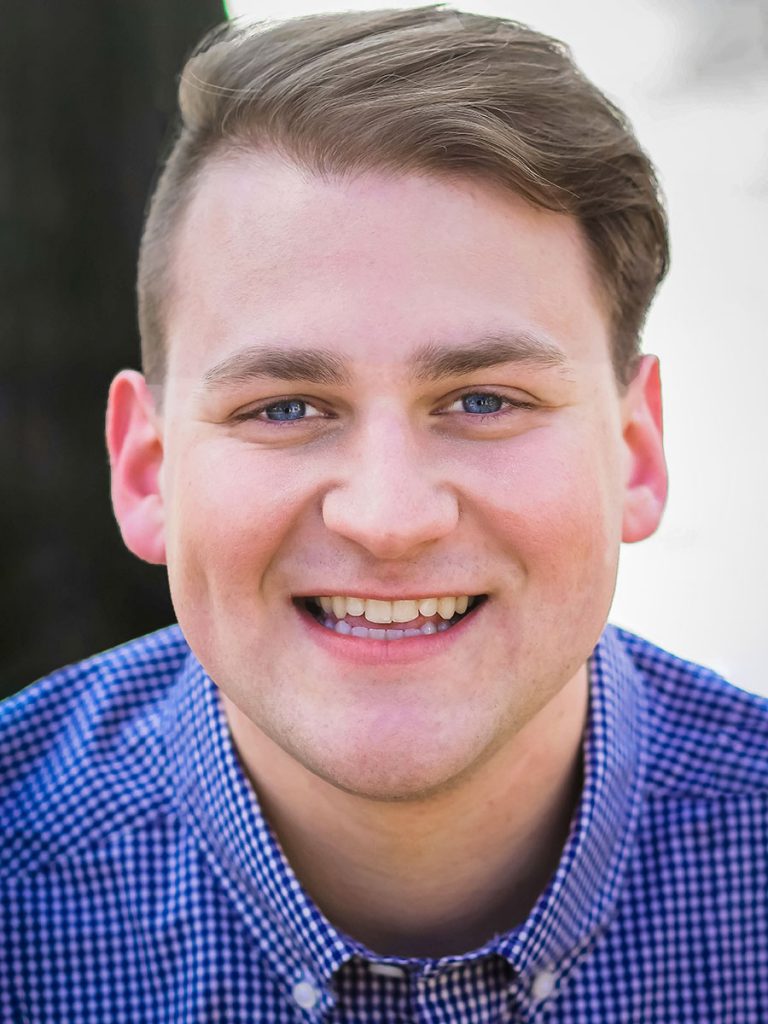 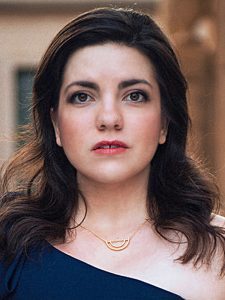 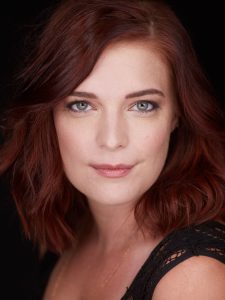 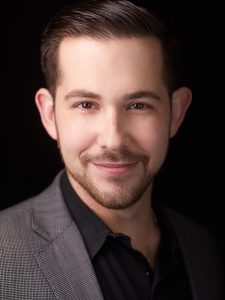 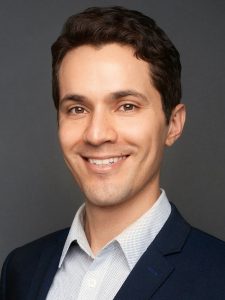 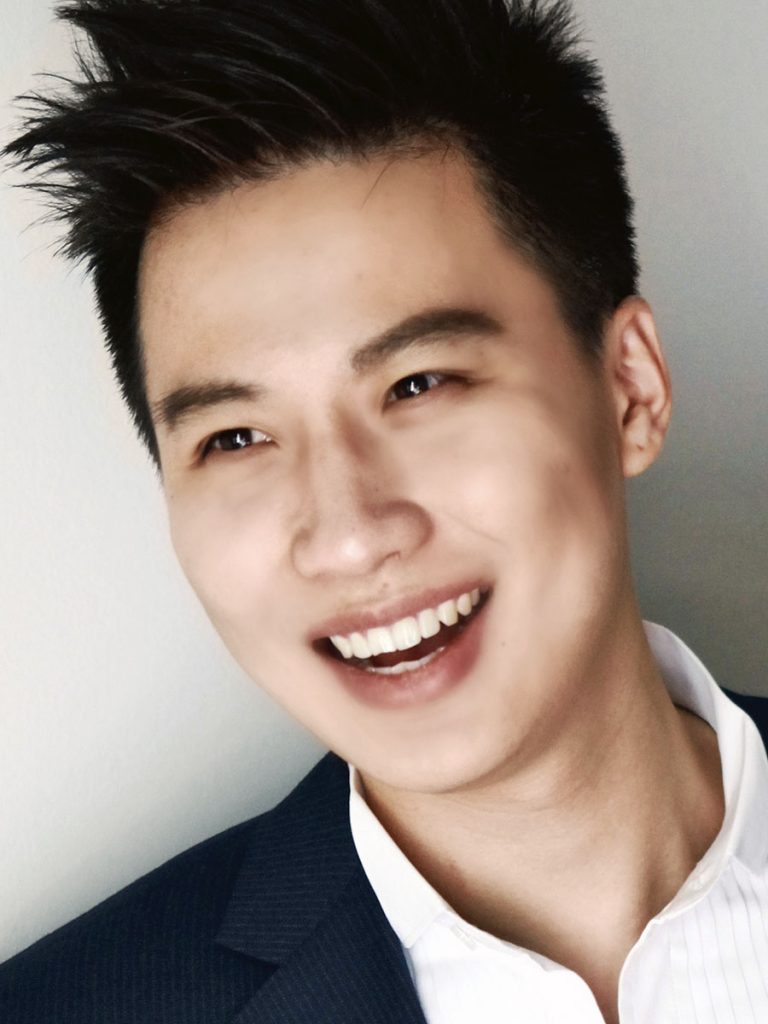 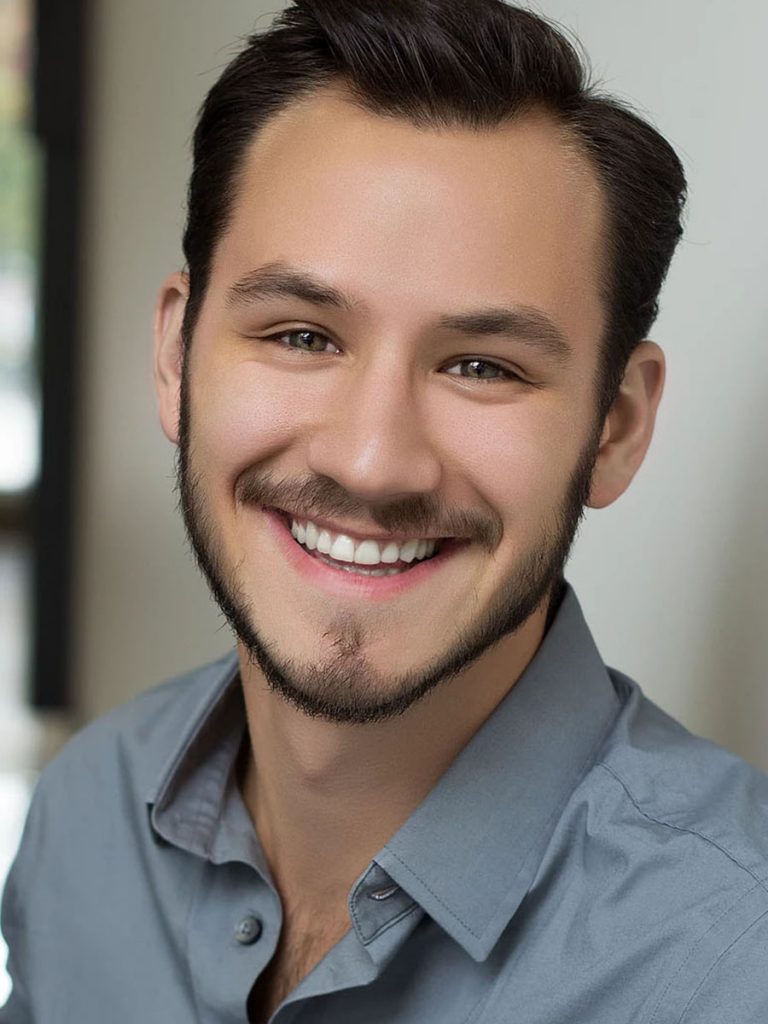 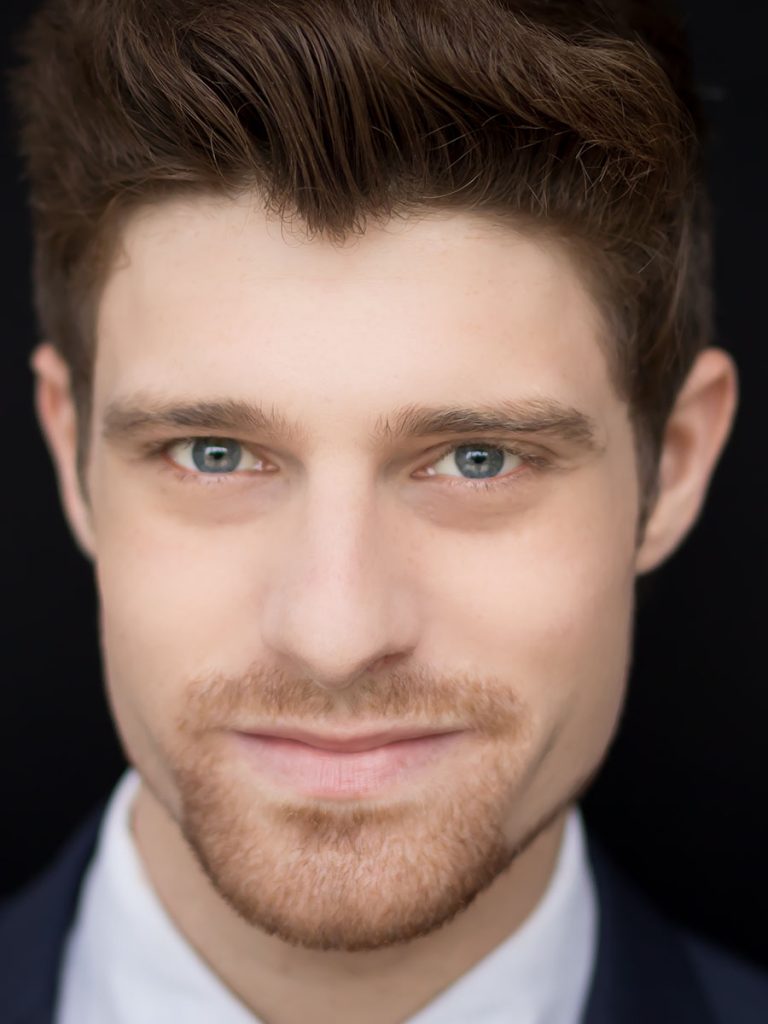 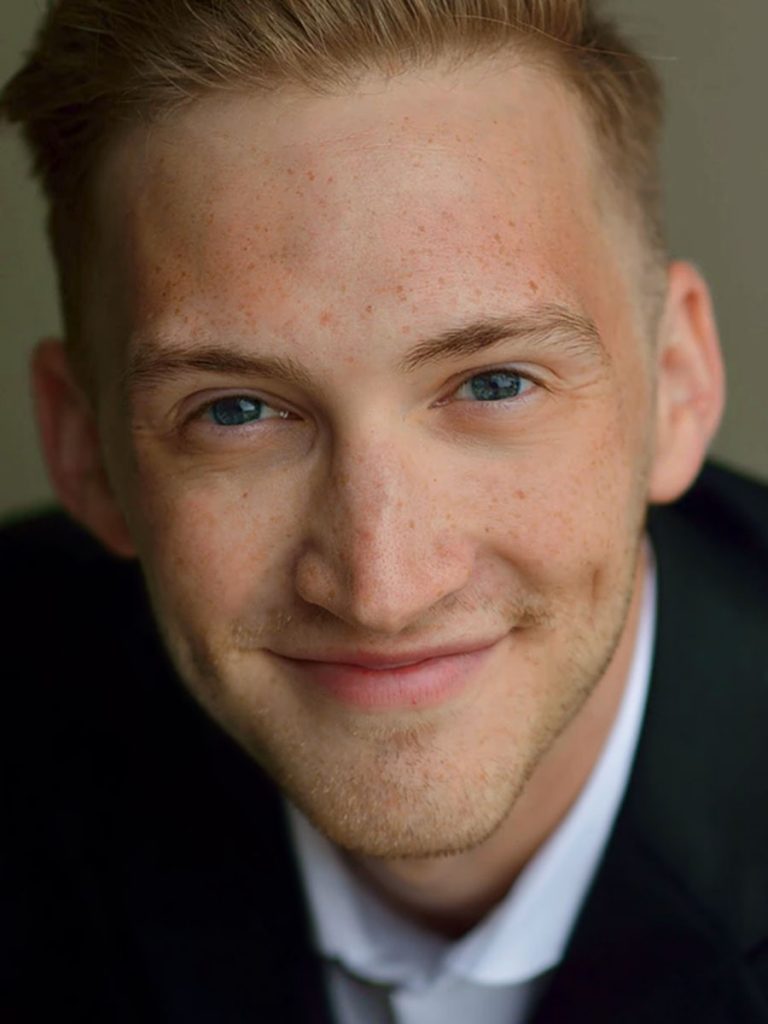